Does it take you hours to make the simplest decisions? In shopping, for example, youcan’t deicde between dozens of shops and websites, and although you already like items, you can’t decide which ones to buy, and this is all the more difficult with more crucial decisions like job change, link, and travel. If you have that feeling, you may be suffering from a phobia.

“Fomo” is an acronym of missing out or “fear of missing out” and is also a fear that the best option will not be taken. Although this social anxiety is already pervasive in that it is linked to the fear and subsequent regret of wrong decisions, its prevalence has increased with the widespread use of social networks.

Fear of missing out
Psychologists know this fear as a condition that causes a person to be in constant contact with what others do. It is feared that he will miss an event that he does not participate in – and that the spread of social media has been opposed to this desire – or anxiety about missing a chance for social interaction, a new experience, a profitable investment, or even the loss of a social relationship, and in general this fear is associated with the loss of something better that happens without you.

This concern is also related to fear of remorse, and the decision not to participate is wrong, and this case confirms that a sense of attachment or association with others is a legitimate psychological need that affects people’s psychological health.

The professor of social science and technology studies in Massachusetts Institute of Technology, Sheri Torkal, has linked this kind of concern to younger people like teenagers and young people at the beginning of their life, saying “teenagers believe they need to be available 24 hours a day, 7 days a week, to their friends. Because someone may be abandoned or polemic with their parents. They need immediate satisfaction and condolences. No one can wait anymore, not because they cannot, but because they do not have to do so with the opportunities that social networks provide.” 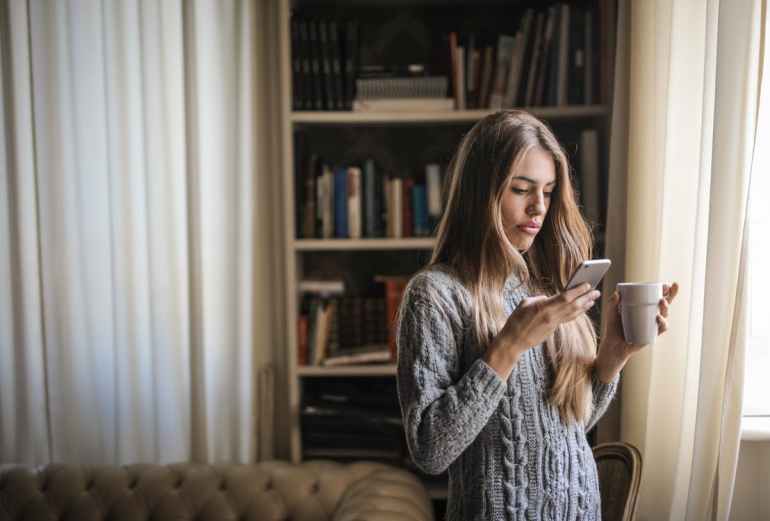 The impact of “fomo” on our psychological health
Scientists at the University of Carlton and McGill University of Canada have conducted a recent study on the social and psychological basis of Fomo’s anxiety by examining its effects on first-year students at the university, and expected that it will be linked to a set of negative consequences for stress and negative emotions, as well as the possibility that this will affect sleep and their sense of continued fatigue and fatigue.

In the first place, researchers wanted to know when this concern occurred, and observed students’ behavior on their smartphones every day for 7 days, and also received 5 alerts throughout the day from researchers with a poll link asking them about their current feeling, and at the end of the week. Have students complete a questionnaire that focuses on well-being and satisfaction with life.

The results showed that Fomo’s anxiety was present throughout the day in participants, whose behavior looked like personal commitments, including study or work, and often suffered from fatigue, stress, and sleep problems.

Researchers then wanted to know how social media played a role in Fomo’s anxiety, and here they asked participants to choose between an activity that everyone planned to do that evening, a similar alternative activity designed by researchers, good participants among the two activities, and often the pause for the planned activity.

Announcement
But researchers have shown the features of the chosen activity against the planned activity, and there are negative emotions and distraction among some participants. The researchers found that this fear was linked to the loss of the person participating in an event, whether heard from another person or knew him through the social media, as both caused the same amount of anxiety and tension even when the chosen activity was enjoyable. 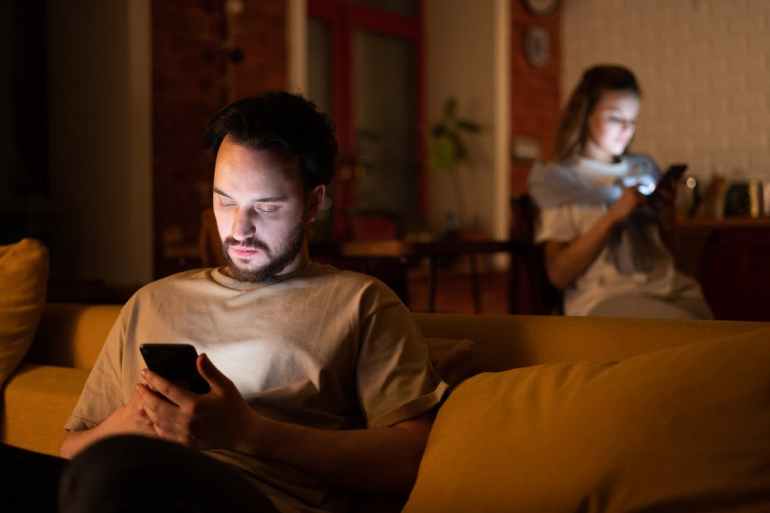 Getting rid of “Fomo”
The term “Fomo” is relatively modern, first used at the beginning of this century, and the word found its way to Oxford in 2013 only, so researchers are still working hard to discover this concern, its effects, and ways to eliminate it.

However, researchers believe that the best way to reverse or mitigate the negative effects of “Fomo” is to try to focus the person on the immediate gains of what is being done, and to distract from the potential losses from the other event that he miss, as advised by the US psychological today.

“Count how often you check your email or smartphone for messages and updates per day, 10? 100? 1000 or more? You may be surprised. “The technology that we are United with which we are promoting social balance and harmony will not require such a high-tech behavior,” he said.

She stressed the relationship of young people with technology, the need to be aware that it was not a natural extension of their social life, that social relations on them did not confine themselves to social relations with reality, and that they were not a complete mirror of reality. As it seems clear, Merkel’s belief in the evolution of the Fomo phenomenon points with finger-pointing, first and foremost, at social networking, technological development, and the desire to keep pace with new trends.

Psychosocial pressure that reaches a person through social networks, as well as individual personal expectations and social expectations affected by current technological development, often occurs in the desire to earn more money, to enter into social relationships and specific circles, and to gain better opportunities than is available.